Giving kids a smartphone is "like giving them drugs", expert warns

To say that smartphones have become a big part of our lives is a gross understatement.

We all know how much we personally rely on our phones for anything from taking pictures to planning our grocery shopping or keeping tabs on work meetings or training sessions. And that doesn't even account for all the time we spend on social media, which most of us also manage and use through our phones.

And if you think your own phone use is slightly OTT and on a bit of a slipperly slope, you need to be aware that the effect smartphones are having on our children is far worse.

In fact, according to an addiction expert, we should all be concerned about restricting screen time – a lot.

"Giving children smartphones is like 'giving them a gram of cocaine,' argues Mandy Saligari, a rehabilitation specialist at Harley Street, a drug and alcohol clinic in the UK.

According to the Independent, Saligari recently spoke at a conference in London, and explained that popular apps like Instagram and Snapchat can be just as addictive for teens as drugs and alcohol.

"I always say to people, when you’re giving your kid a tablet or a phone, you’re really giving them a bottle of wine or a gram of coke. Why do we pay so much less attention to [smartphones and other devices with screens] than we do to drugs and alcohol when they work on the same brain impulses?”

The problem, according to the expert, is that many of us, both parents and teachers, fail to realise – and flat out underestimate – just how addictive digital technology is to children – especially between the ages of 12-15.

Maybe more worryingly, Saligari explains that when it comes to smartphone usage among 13- and 14-year-old girls, many of them believe it's "completely normal" to send nude images of themselves—and that it's only "wrong" if a parent or adult finds out. 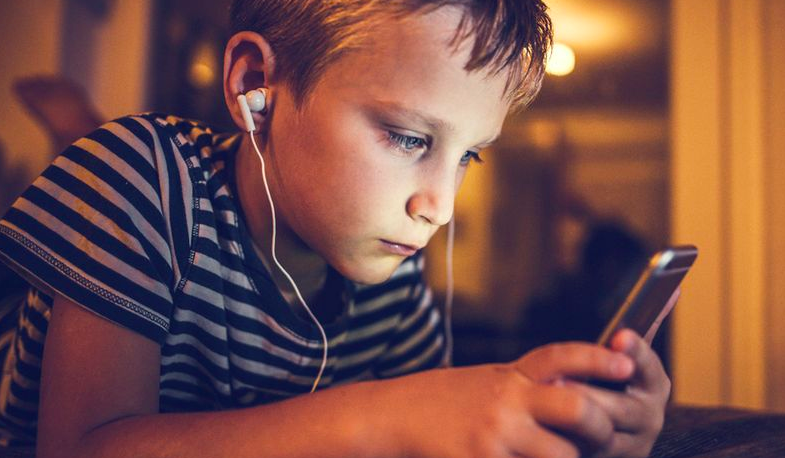 END_OF_DOCUMENT_TOKEN_TO_BE_REPLACED

Restricting screen time and the use of smartphones are important measures to take, and families should openly discuss technology and how it can affect us in positive and negative ways.

In regards to sexting among teen girls, Saligari stresses the importance of discussing and teach self-respect at home, frequently, something she claims will make these girls less likely to exploit themselves.

“So many of my clients are 13 and 14 year-old-girls who are involved in sexting, and describe sexting as ‘completely normal’,” said Ms Saligari.

The warning comes as other experts warn children as young as 13 are being treated for addiction to digital technology while more than four in ten parents of 12-15 year-olds say they find it hard to control their children’s screen time.

A recent survey of 1,500 parents found that, on average, UK children own their first mobile phone by the age of seven, followed by a tablet aged eight and a smartphone aged 10.

However, the therapist does believe that it is possible to help children to strike a better balance between screen time and real-life - no matter what age they are at.

“With sixth formers and teenagers, you’re going to get resistance, because to them it’s like a third hand,” said Ms Saligari, “but I don’t think it’s impossible to intervene. Schools asking pupils to spend some time away from their phones I think is great."

“If you catch [addiction] early enough, you can teach children how to self-regulate, so we’re not policing them and telling them exactly what to do. What we’re saying is, here’s the quiet carriage time, here’s the free time – now you must learn to self-regulate. It’s possible to enjoy periods of both.”


popular
New dad called 'demanding' over list of guidelines to visit newborn son
6 fun things to do in Dublin on your next family day out
"No co-sleeping at all" – new safe sleeping guidelines for babies states
Winning (weird) food combos that pregnancy cravings helped me discover
Shows like Bluey and Peppa Pig are actually bad for kids, expert warns
Some parents were disturbed to discover that LOL Surprise Dolls have genitals
10 Unpronounceable Irish Baby Names That'll Wreck Your Kid's Head For Life
You may also like
21 hours ago
New dad called 'demanding' over list of guidelines to visit newborn son
2 days ago
"My parents are useless grandparents" – are today's grandparents too cool to babysit?
4 days ago
Less camps and activities: Here's why you should let your children be bored this summer
6 days ago
Staying connected: 25 easy ways to bond with older kids, tweens and teens
1 week ago
Children are spending more time on screens than ever but are they picking up this addiction from us?
1 week ago
Parents of children with severe sunburn should be fined for neglect, doctor claims
Next Page