Is it a mum's right to choose?

Denise Van Outen has spoken of her guilt at choosing to have a C-section when she gave birth to her daughter.

The TV host is mum to seven-year-old Betsy and speaking on ITV's Loose Women this morning, she explained that she chose to have the procedure having seen women around her struggle in childbirth.

"When I got pregnant, I was so stressed," she said.

"I hold my hands up, I went for an elective caesarean. My mum almost died giving birth and my sister had a terrible birth.

"My best friend had also just had a traumatic birth when the cord around her baby's neck. There's this whole stigma thing about too posh to push.

"I was so traumatised, I wasn't sleeping properly." 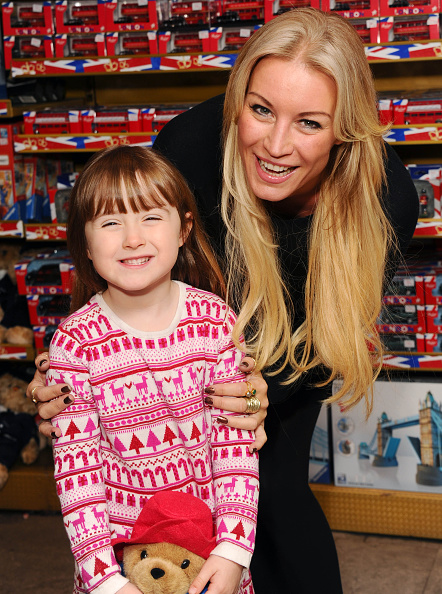 Denise and daughter Betsy in 2014.

She admitted that she was concerned with what other people thought about her choice.

"You do still, to this day, feel like people are judging you.

"Even now, if I were to fall pregnant again, I would want to have a natural birth beacuse I still feel guilty."

Speaking about body image, Denise also told fellow panellists Coleen Nolan, Nadia Sawalha and Anne Diamond that she is conscious about passing on her own anxieties to her daughter.

She said she was never happy with her figure when she was younger and wished she had more curves.

"This is my message to my younger self: stop stressing because one day you'll have to watch what you eat!

"Betsy is seven years old now. I think it's so important to not speak about diets or weight in front of her."


popular
Researchers now believe there is a link between consuming processed food in pregnancy and autism
Penneys is currently selling €11 loafers that look JUST like the famous Gucci ones
Holly Willoughby and Philip Schofield gave emotional tribute to Caroline Flack on TV last night
The giant family bed that is perfect for parents who just co-sleep (and we want one!)
Mum shares post about how she was only paid €8 after working over 70 hours
'I really did want to stay' Maura Higgins is the latest skater to get eliminated from Dancing On Ice
Holly Willoughby just wore the cutest €40 dress from Marks and Spencer
You may also like
5 days ago
ITV's new crime drama Honour will be the TV show that everyone is talking about this year
1 week ago
There's a Golden Girls-themed cruise setting sail next year and we're packing our bags already
2 weeks ago
Corrie fans stunned as Katie McGlynn made a surprise appearance last night
3 weeks ago
'Goodbye Louise': EastEnders' Tilly Keeper shares tribute as her exit scenes air
1 month ago
Here's the lineup for this week's Graham Norton Show
1 month ago
There's a new period drama from the creator of Downton Abbey on the way
Next Page