Infertility: it's not just a women's problem (sperm 101)

When it comes to fertility issues, it’s easy to forget that it ‘takes two to tango’ because so much of the emphasis is placed on a woman’s health issues, rather than on her partner.

Recent research has highlighted how wrong we were in this assumption and that male fertility issues deserve as much attention, if not more than gynaecological problems.

There are two main tests used to assess sperm health. A semen analysis is the most common male fertility test and has been around for many years. While the sperm DNA fragmentation test is less well known but equally important, especially in cases of recurrent miscarriage or repeated failed IVF attempts.

When it comes to male fertility, it really is a numbers game. Here’s a breakdown of the various reference ranges and what you should be looking out for.

The amount of semen in the sample has no bearing on sperm quality, but too low a volume may mean you get an inaccurate picture of the amount of sperm that are actually present and how well they are swimming, so it may be worth repeating the test if the volume is less than 1.5 mls.

Count: Should be 20 million per ml or higher

It may sound like a lot, but 20 million sperm is really the absolute minimum that should be present in a millilitre of semen if pregnancy is to result. Based on my own clinical experience, I would suggest that at least 40-50 million per ml would be preferable if you are trying to conceive naturally, rather than via assisted reproduction methods.

Unless there are anatomical problems (e.g. undescended testes) then there is every reason to believe the sperm count may be improved. I have seen male patients quadruple their sperm count after only a few months on a specific diet and lifestyle protocol. END_OF_DOCUMENT_TOKEN_TO_BE_REPLACED

In one case, a male in his 50’s saw his count increase from 40 million sperm per ml, which was already pretty acceptable, to 200 million per ml, in only nine weeks. His wife, who was in her early 40’s conceived naturally three months later.

Not every fertility clinic uses the same descriptive terms to describe how well the sperm are swimming. You may see terms such as ‘fast, slow, non-progressive, immotile’ or numbers may even be used, with progression described as 1/2 (meaning fast/slow) or 3/4 (meaning non-progressive).

Motility is very important because if the sperm aren’t swimming well, they will find it more difficult to fertilise the egg because that process relies on sufficient forward propulsion by the sperm’s tail to penetrate the outer layer of the egg follicle.

The ideal for natural conception is to have over 50% of the sperm swimming well.

This result relates to the shape of the sperm. The WHO have set such strict criteria for this, that as long as 4% of the sperm sample look perfect, the other 96% can be ‘abnormal’ in shape and yet the sample is still considered healthy. 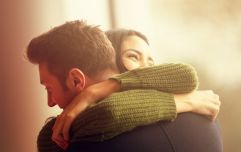 END_OF_DOCUMENT_TOKEN_TO_BE_REPLACED

Sperm should be alkaline. That’s a pH of 7.8-8.1. It is fairly unusual to see problems with the sperm pH, but if it is too acidic it may cause problems for the sperm once they are inside the alkaline environment of the cervix/uterus. For example, they may not make it as far as the fallopian tubes, they may die off before they reach that point. The pH of the body is easily altered by diet. Acidic foods include alcohol, meat, dairy and sugar, while alkaline foods include, most fruit, vegetables, whole-grains, lentils and seeds.

This test measures the amount of damage to the DNA within the head of the sperm. The genetic material that the sperm is carrying is the most important marker of fertility potential. The amount of sperm, how well they can swim and their shape all come secondary to the integrity of the sperm DNA.

Men with DNA fragmentation are often found to have very healthy semen analysis results. They may have many millions of sperm, which are all swimming well and are the correct shape, yet the genetic material within the sperm may be flawed.

Medications do not help improve sperm DNA quality, it’s diet and lifestyle that have the biggest impact.

The reason why anti-oxidants are so crucial to sperm health is that a sperm can “spontaneously combust” without them. The top of the sperm head contains strong digestive enzymes that very conveniently help the sperm burrow its way into the egg. If insufficient anti-oxidants are present to keep these enzymes in check, the balance is lost and the sperm just doesn’t make it to the fallopian tubes.

There are many different fertility supplements on the market, which have varying degrees of success with improving the sperm health. Based on my own clinical experience, I have found that if a man is having problems with the quality of the sperm DNA, recovery is generally much faster with an individualised protocol that is tailored to his specific nutrient needs, rather than a self-prescribed generic formulation.

With a decade of experience in the field, Jessica Bourke has gained a reputation for helping women conceive where everything else has failed. For more from Jessica, visit jessicabourke.com.


popular
Due in 2020? These baby girl names are sure to be popular in the coming months
How to potty train your toddler in three days, according to the experts
Easter celebrations at home with your family! How to cook the PERFECT beef roast
No need to run to the shops: a recipe that will turn you into a bread making pro
Ten pregnant women test positive for coronavirus at the Rotunda Hospital
Zara's €20 top comes in eleven different colours and it's the cosy comfort we need
Vogue Williams and Spencer Matthews' reality TV show has reportedly been cancelled
You may also like
9 months ago
Male fertility "irreversibly damaged" by eating junk food, alarming new study shows
9 months ago
Most young people say they want kids, yet have no idea when fertility starts to decline
10 months ago
This powerful video reassures women experiencing infertility they are not alone
11 months ago
Study finds having a less than spotless home is making us fat
1 year ago
Mother-of-five donates her uterus to couple experiencing infertility
1 year ago
Woman urges people to stop asking couples about their baby plans
Next Page