Pregnant smokers should be breath-tested to uncover the truth, says Irish study

Should women be tested to see whether they're smoking during their pregnancy?

According to new research, they should.

The study recommends that mums-to-be be breath-tested at antenatal appointments to check whether they've been lighting up.

Pregnant women who smoke but fail to admit to it are missing out on vital monitoring according to a report in the Irish Times.

Ten per cent of the participants in the study, which was conducted with women attending Dublin's Coombe maternity hospital, turned out to be smokers even though they had listed themselves as non-smokers.

These 'non-disclosers' were more likely to be educated than those who admitted to smoking. 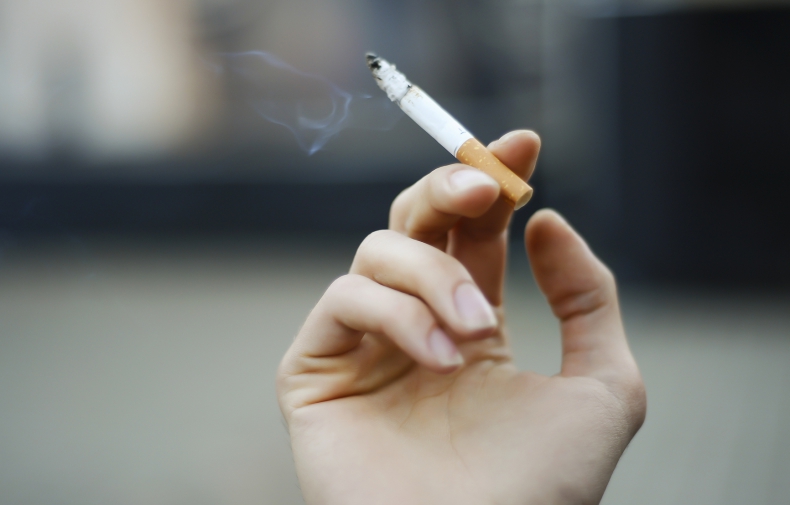 The study also found that those who smoked while pregnant had serious dietary inadequacies which could impact their babies' growth in the womb.

These findings online come after UK research earlier this month showed that women were smoking were smoking in private during pregnancy due to the associated stigma.

There's been a strong reaction to the recommendation online.

Some have said they would support it while others dismissed such a move.

What we should be doing is helping and encouraging them to #quit - NOT judging them! We’ve had enough judging of women in this country thank you very much

@ciarakellydoc @LunchtimeLiveNT #CiaraNT All these men telling women how to behave during pregnancy. Wow, entitlement and misogyny writ large.

Does anyone else find this suggestion mysognistic and insulting?
Breath-test pregnant women to see if they smoke, study suggests https://t.co/CEYtJMh6MG via @IrishTimes

It's better than asking them. They're hardly going to admit it up front.

You can bring in all the breath test you like but if a woman smokes, drinks or even take drugs while pregnant what can anyone do about it?

popular
6 unusual and unique family-friendly activities to try in Ireland's Hidden Heartlands this autumn
Five children rescued from van in Cork as driver is arrested
New parents are being "thrown out" of hospital far too early
Liam Neeson says he talks to late wife at her grave every day
Expert says Cocomelon acts "as a drug" to kids' brains
Tayto Park has been renamed Emerald Park
Archie Battersbee's mum shuts down backlash over graveside party
You may also like
1 week ago
This simple change could be key to getting your children to go to sleep faster
1 month ago
Jaundice could be an evolutionary step in protecting your child against this disease
1 month ago
Study finds mums with five kids sleep the most and we need to know more
2 months ago
Mindfulness in schools does not improve mental health, new study finds
2 months ago
Study says that these childhood experiences can affect our health for life
3 months ago
There's a reason why babies love to sleep with their bum in the air and it's adorable
Next Page