Deciding on a name for your brand new baby (whether you pick one when he or she is still in utero or wait until they are on the outside) is a momentous task for any new mum and dad.

I mean; there are so many things to consider.

You want your child to have a name that feels fresh and unique, and maybe one that avoids him being one of seven in his class with the same forename. But there is also the future to consider – as in; a name that sounds all sorts of cute on a six-moth old might sound less so for your 26-year-old applying for a senior position job.

It's a tough one, parents. For instance; here are 10 names that are all climbing the charts right now, but that we fear will be SO over by the time 2030 rolls around:

By 2030, we think Sage will have gone back to being a colour for your walls or a herb, not a unisex moniker everyone is scrambling to use.

Yes, it's 'HEAVEN' spelt backwards. Yes, that is pretty adorable. But we also predict by 2030, everyone will be SICK of this tricky-to-pronounce moniker. 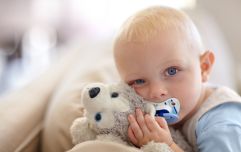 END_OF_DOCUMENT_TOKEN_TO_BE_REPLACED

We are looking at you  Kourtney, Kim, Khloe, Kylie and Kendall. And, for that matter, Mason, Penelope, Reign, North and saint too!

Names beginning with 'X' or 'Z' are big right now, but will that still be the case 10 years from now? As well as this, the -ayden trend has been riding it out now for a while (Jayden, Aiden, Brayden, Kaden, and Hayden etc.), making us think it might soon start to feel a little dated.

It might be cute to name your infant after a pretentious car, but we are pretty certain your 10-year-old might not find it as cool.

Another very hipster name these days that might start to feel old really soon. 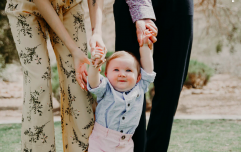 Apparently, here are 10 baby names set to be extremely popular in 2020

END_OF_DOCUMENT_TOKEN_TO_BE_REPLACED

Because naming your kid after something that is SO the year you are in right now is bound to work out bad in the long run.

Yes, Chrissy Teigen and John Legend opted for Luna for their (adorable!) tot, but so did thousands and thousands of others parents, prompting us to think Luna is to 2016/2017 what Sienna was to the early noughties.

Both enjoying a major surge in popularity now, making us feel that by 2030, we will all be a little (a lot) over them, tbh.

What do YOU think, parents? Did YOU go for a name that is very NOW, or opt for something more timeless? Let us know in the comments or tweet us at @Herfamilydotie


popular
#MomLife: 7 things I wish I done more of when my children were babies
Staycation: 10 bargain buys to turn your back garden into a chic hotel patio
Apparently, women feel 'phantom' baby kicks even years after pregnancy
Body found in search for missing five-year-old boy in Co. Mayo
Totally tropical baby names inspired by Hawaii
Kate and William are pretty strict about school nights when it comes to George and Charlotte
#PleaseSpeakUp: Face masks proving challenging for people who are hard of hearing
You may also like
1 week ago
10 beautiful baby girl names from the 1900s that are making a comeback
1 week ago
10 longer baby names which all have adorable nicknames too
2 weeks ago
Greece is the word: 13 beautiful Greek baby names we want to steal
2 weeks ago
11 under-the-radar (but tres adorable) French baby names you need to know about
2 weeks ago
10 one-syllable baby names that are perfectly short and sweet
2 weeks ago
J'adore! 15 tres beautiful French baby girl names you'll fall in love with
Next Page