This week has been hot.

Hotter than we are used to here on our shores, and many considerations had to be made as we have tried our best to cope with the heat.

Did you know, for instance, that playgrounds can pose a real danger when the weather is unusually hot and sunny?

According to a new report by BBC's Newsnight thermal images taken of swings, tarmac and slides showed just how boiling hot equipment there can get – all summer long.

In fact, the new report revealed that in hot temperatures (not just this week's heatwave), a children's slide can reach almost 72ºC, while the tarmac underneath the swings was found to be 56.6ºC – scorching temperatures that will cause serious burns to kids who are unaware of the danger, or just keen to play.

The thermal imaging camera used captures surface temperatures by using heat radiation to measure heat levels and gives an accurate reading to within a couple of degrees. 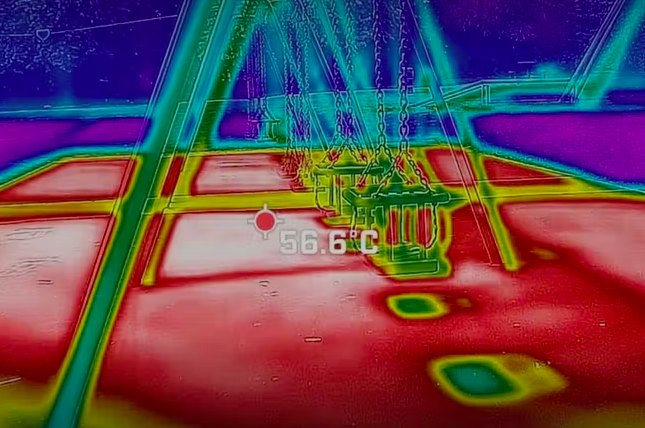 'We went to a local playground. It was deserted. It’s usually full of dog walkers and children playing. It looks as if some have taken the Government's advice about staying in."

'The play equipment is hot to the touch. The thermal imaging camera gives a reading in a hot spot in the high 71ºCelsius. It gives a good idea of how playgrounds can become a no-go area, and a sense of where the heat gets trapped, such as Tarmac.'

Should playgrounds close in hot weather?

END_OF_DOCUMENT_TOKEN_TO_BE_REPLACED

With heatwaves becoming more regular – and a hot few weeks ahead – should playgrounds be closed during heatwaves, just as they were during lockdowns?

A spokesperson for one UK council said they wouldn't be closing playgrounds during the heatwave.

BirminghamLive reported that a spokesperson from Solihull Council had, instead, offered advice for families in the hot weather.

"Regarding playgrounds, there has been no instruction to say that parks and playgrounds should be closed. However, residents are advised to use reasonable caution and act sensibly to keep themselves and others safe and staying away from metal exposed to heat and direct sunlight would be strongly advised." 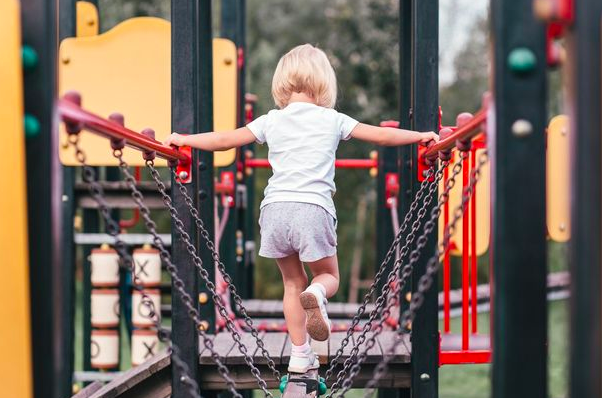 One council near Southampton has, however, cordoned off some children's slides after carrying out a risk assessment.

The Southern Daily Echo reports that a number of slides in playgrounds outside Southampton have been closed to the public due to fears that the play equipment could cause burns because of the high temperatures.

Earlier this week, Red and Amber weather warnings were in place in the UK, with temperatures reaching over 40ºC in some parts of thef country.

News reports revealed that some local playgrounds did indeed put up their own signs to warn of hot metal slides or see-saws that can burn little legs, but not all.

However, as the weather returns to a more normal summer temperature, it might be a good idea to check equipment before your child runs onto it – because it might just be better to be safe than sorry.