Growing up, my little sister and I spent the majority of our time outside of school playing outside, in summer as in winter.

We would climb trees and fences and build dens and ride bikes and jump from the roof of our neighbour's garage into the snow and play until we would feel hungry – then after heading home to eat, would head right back out again.

This was in the glory days of the late 80s and 90s, when children did not own mobile phones, so when our parents needed to call us home for meals or inform us it was bedtime, they would have to call around to all our friends' houses to see were we there, or simply head out for a neighbourhood walk and look for us.

My own children do not have this same level of freedom when it comes to free play – and I think this goes for so many children today. 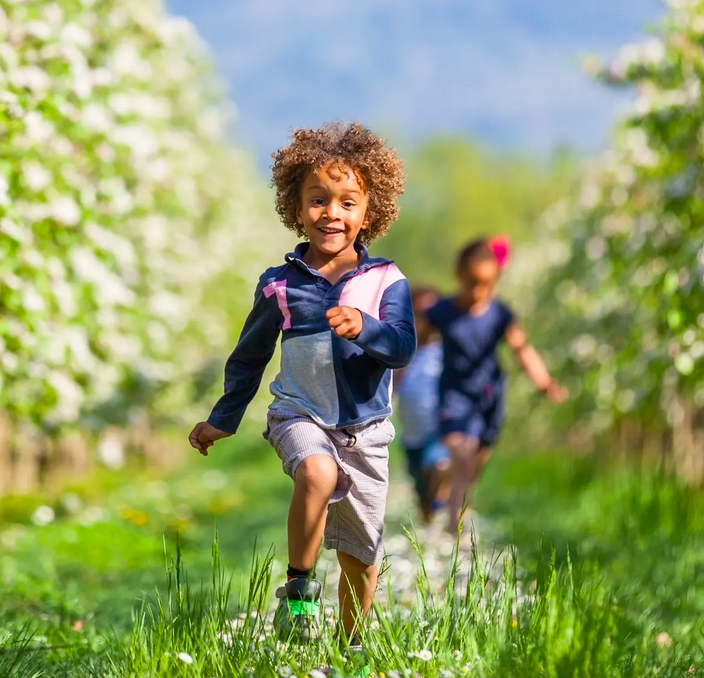 There are no set laws or rules that dictate when children can be let out to play with no supervision.

However, the lack of freedom and free play is actually damaging our children, according to experts, who claim not enough adventurous play could affect children’s long-term physical and mental health.

As part of the British Children’s Play Survey, more than 1,900 parents of five-to-11-year-olds were asked about their children’s play, and what the researchers found worried them. The study was led by Dr Helen Dodd, a professor of child psychology at the University of Reading, and speaking to The Guardian about the findings, Dodd said the lack of freedom to play outside can have detrimental effects on children.

END_OF_DOCUMENT_TOKEN_TO_BE_REPLACED

"In the largest study of play in Britain, we can clearly see that there is a trend to be protective and to provide less freedom for our children now than in previous generations," she explained.

"First, we are seeing children getting towards the end of their primary school years without having had enough opportunities to develop their ability to assess and manage risk independently. Second, if children are getting less time to play outdoors in an adventurous way, this may have an impact on their mental health and overall wellbeing."

Dr Tim Gill, the author of Urban Playground also told the newspaper the study shows children have been 'subject to a gradual, creeping lockdown over at least a generation.

"Thanks to the pandemic, we all know what lockdown feels like," Gill explains.

"This groundbreaking study shows that British children have been subject to a gradual, creeping lockdown over at least a generation. The reasons are different, with social changes, safety fears, technology and traffic growth all arguably playing a part."

"The consequences for their development and wellbeing should not be underestimated."

At what age would you let your child out alone?

popular
Kelsey speaks out about moving on after Tom Parker's harrowing death
7 Christmas markets and Santa experiences to visit with kids this winter
"I have been shaken": Kim Kardashian addresses Balenciaga's disturbing campaign
"Enhanced x-ray technology" being trailled at Dublin Airport could lead to removal of 100ml liquid rule
"I know it's scary": Westlife's Mark Feehily diagnosed with pneumonia
Warning issued to Irish parents after increase in RSV cases
These 40 baby names are set to trend in 2023
You may also like
4 weeks ago
I kicked my daughter's friend out of her birthday party- was I wrong?
1 month ago
I think it's safe to say we'll all be holding our children a little tighter tonight
1 month ago
How to potty train your toddler in three days, according to the experts
1 month ago
Kelly Clarkson admitted she spanks her children if they misbehave
1 month ago
Hilary Swank, 48, reveals she is pregnant with twins
1 month ago
How to talk to kids about disabilities – and why you should
Next Page