Why I Can't Deal With People Who 'Hate Children'

Let's just be clear: I am SO not one of those people who, now that I have two kids, insist on telling the rest of the world, 'Do it! Do it now! It will change your life, they're so amazing!' because, quite frankly, other people's reproductive choices is none of my feckin' business.

In fact, I honestly didn't know that I wanted kids of my own until the grand old age of thirty-four.

My partner Alan and I had been together for four years and literally, at the very same moment, both found ourselves keen to have a baby and so we went ahead and, ahem, got on with that.

But even though I wasn't feeling particularly keen to reproduce up until that point (I was having too much fun travelling, working, performing and being  piss head), I always really liked kids.

When we'd find our pre-children selves at a family event, I could usually be found hanging out in the kid's corner because they were so much more fun than most of the adults in the room.

When we were travelling on a plane, I was usually the one making faces at the kid hanging over the seat in front of us, trying to make them laugh.

And so therefore, pre and now, post, kids I can safely say I have felt the same way on this topic: I cannot stand people who don't have kids saying that they 'hate' kids. 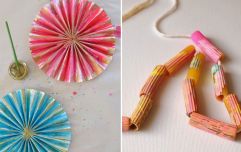 END_OF_DOCUMENT_TOKEN_TO_BE_REPLACED

Like, what is wrong with you that you have to say that you 'hate' anyone in the first place?

What happened exactly? Did you forget that we are all living together on the same planet and are supposed to be trying to share the space harmoniously?

Did you somehow find your own adult existence so very unique and important, that you felt the need to have all this kid-free space for your oh so important self?

Did you forget that you were a kid too, once upon a time?

Here's why you should stop your kid-hating malarkey immediately:

1. Kids have no baggage

I have never met a kid who bored me at a dinner party with their whining about interest rates, politics or what-their-ex-did-now. Kids have no real dramas besides how to successfully remove their snots without anyone noticing and for that, I am grateful.

2. They are ridiculously funny

Farts, raspberries, butt-flashes, jokes, renditions of songs with all the wrong lyrics, surprise nudies - you never know when you're going to be floored by the hilarity that comes your way when you least expect it.

3. They have no inhibitions

Adults develop a range of barriers that completely inhibit relaxed conversation - they can be racist, sexist, ageist or have extreme religious or political views that you might not agree with but yet have to endure. No such nonsense with little kids - they just want to let you know about which is their favourite Paw Patrol member and what they dreamed about last night. Perfect.

4. They see the world in a beautiful way

It's so great to talk to a young kid who is seeing cool things for the first time - stars, jellyfish, a windmill, caves, horses wading through water on a beach, a field of golden corn. They appreciate the beauty of the world in a way that adults forget to - and if you listen in, you might just remember how to see it too.

You can keep looking for attention from your boss, that guy/girl you fancy or masses of strangers on your social media platforms for the rest of your days and never get it. Spend just a little bit of time talking to a kid about their day, their siblings, their pets, their toys, their favourite colour or the cool shoes they're wearing and you won't believe how much they will look up to and admire you. Furthermore, you will probably make their day and that is really cool.


popular
Here's what bookies think Harry and Meghan will name their baby girl
Pregnant Binky Felstead poses topless with baby bump
Vogue Williams son Theodore recuperating after an accident at home
Pregnant? Forget the baby manuals, says Maura Derrane 'you might as well burn them'
Can you pronouce these 7 'unique' baby names? They're trickier than you think
Fundraiser set up for family of Tipperary 3-year old who died in tragic bus accident
Chrissy Teigen explains why she posts more photos of her daughter than her son
You may also like
3 days ago
New website Babyclasses.ie lets parents search and book hundreds of local (and online) baby classes
4 days ago
Parenting when you're autistic is not talked about enough and it should be
5 days ago
These NINE minutes are the most important of your child's entire day
5 days ago
Does your newborn hate the bath? My mum showed me a special trick – and it works
6 days ago
Mum confession: 5 ways I make an effort to spend quality time with my kids
1 week ago
This simple trick will stop you losing your sh*t with your kids
Next Page